How Denmark has helped its homeless young people 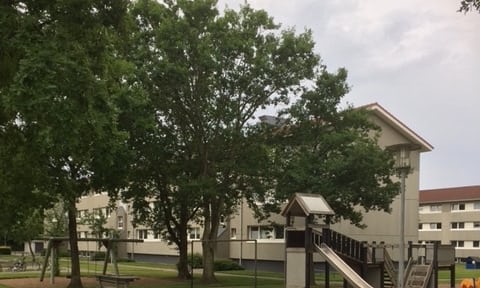 Head of social services for adults with special needs, Esbjerg

Since 2009, the national Danish strategy for tackling homelessness has been the housing first approach. We know it works – but it has not always worked well for our young people.

Housing first, which has also been used in Finland, involves substantial support from social care teams. We know from the figures we’ve collected that it works: of the 1,500 or so people in Denmark supported through the housing first scheme, nine out of 10 have been able to keep their own home. Although we have seen an increase in homelessness in Denmark, the rise has been considerably lower in municipalities that have used the housing first approach compared with those that have not.

What can the UK learn from how Finland solved homelessness?

But a couple of years ago, we also realised that these results did not apply to our young citizens. Homelessness among 18- to 24-year-olds remains much too high. We wanted to make an extra effort for these young people.

We realised that many young people do not see themselves as “homeless”. To them, a homeless person is a ragged man on a bench with a beer in his hand. Many young people without homes find a bed from day to day, in a friend’s home, or with an acquaintance.

We found more young homeless women than we expected and particularly sad was that some of these young women have lived with men and supplied them with “special” services, simply to get a place for the night.

We also saw a history of difficulties in many of these young people’s lives and childhoods. Many of them had left school early, or had taken breaks from school. Many also suffered from substance abuse, were addicted to drugs, had committed crimes, and felt a lack of motivation.

In the Esbjerg municipality, our outreach services identified these young homeless people and assessed their needs. But we wanted to do something different. We did not want to make a new institution for these young people. We wanted them to have their own home from the start of our work with them, and we wanted to work with housing organisations and volunteers in NGOs.

So we set up a new project, with technical and economic support from Denmark’s national board of social services, which has invested more than £250,000 in the project since June 2015.

Based on the housing first principles used in the national approach to tackling homelessness, we have created a partnership between the Esbjerg municipality, local housing associations, a shelter for homeless people, and an NGO called Hjemløses Venner – friends of the homeless.

The partnership provides young homeless people with small, low-cost apartments right away, without having to go and stay in temporary shelter first. The apartments are in ordinary areas, among other residents. In return, they have to assure us in writing that they will cooperate with the municipality and work with us and our partners. Making an intervention at the right time in these young people’s lives is critically important in preventing young people from becoming homeless or from experiencing homelessness for further periods.

The NGO helps furnish the young person’s apartment and make it into a home. It also offers support in a range of areas that the municipality itself would not cover, and helps these young people to create new and constructive network.

After six months, we assess how people are doing, and decide whether they will be able to manage with the support from the volunteers, or whether they should get further support from our own specialist team. They are then able to sign a regular contract on their apartment.

In the past 18 months, we have worked in this unique way with 15 young people. Two of them had so many issues that they needed more help and have been referred to a specialist institution. But all the rest of the young people we’ve worked with now have regular contracts for their own apartments.

Nicolai is 23 years old. Seven months ago he was a “sofa-surfer”. He used a lot of drugs and had no real friends, but a lot of drug-related-acquaintances and huge debts. Now Nicolai has his own apartment and help to control his drug abuse, manage his money and make new friends. He says he now feels safe, calm and has control over his own life.

Britta Martinsen is head of social services for adults with special needs at the the municipality of Esbjerg.